will also come to the US (East Coast) Greater Philadelphia area

My US colleague and coordinator Susan Rossi and I are not yet able to set dates for the courses postponed due the pandemic. Pendle Hill is still running at limited capacity and people resident in the UK cannot (yet) travel freely to the US. We do keep a list of expressions of interest. This means that you will receive an email when new dates are announced. Thank you for your patience and support! Please note that during the pandemic I started teaching a monthly Seiðr class on-line. The upcoming one explores the role of the Goði and Gyðja: the Old Norse Priest and Priestess!

"It is not just the profound experiences, rich content and comprehensive material that makes Imelda’s Introduction to Norse Shamanism course so exceptional; it is also the community that is woven into being amongst the participants that makes this retreat so impactful.  I return often to my notes, not only as a reference for my practice, but as a way to tap back into that rare and magical essence we birthed as a group that week.  Imelda is a strong and articulate teacher, generous with her knowledge and facilitates these ancient practices in a safe and supportive environment. Her willingness to come to the US to share this wisdom is a gift, and I eagerly anticipate her future teachings.”

"This course [the 2 year program in Sweden] is a game changer, it will challenge in ways you don't expect, it is beautiful and magical. Insights come from academic study and the intuitive reflection. I am so glad I joined this program, I would go so far as to say its the best course I have ever signed up for." 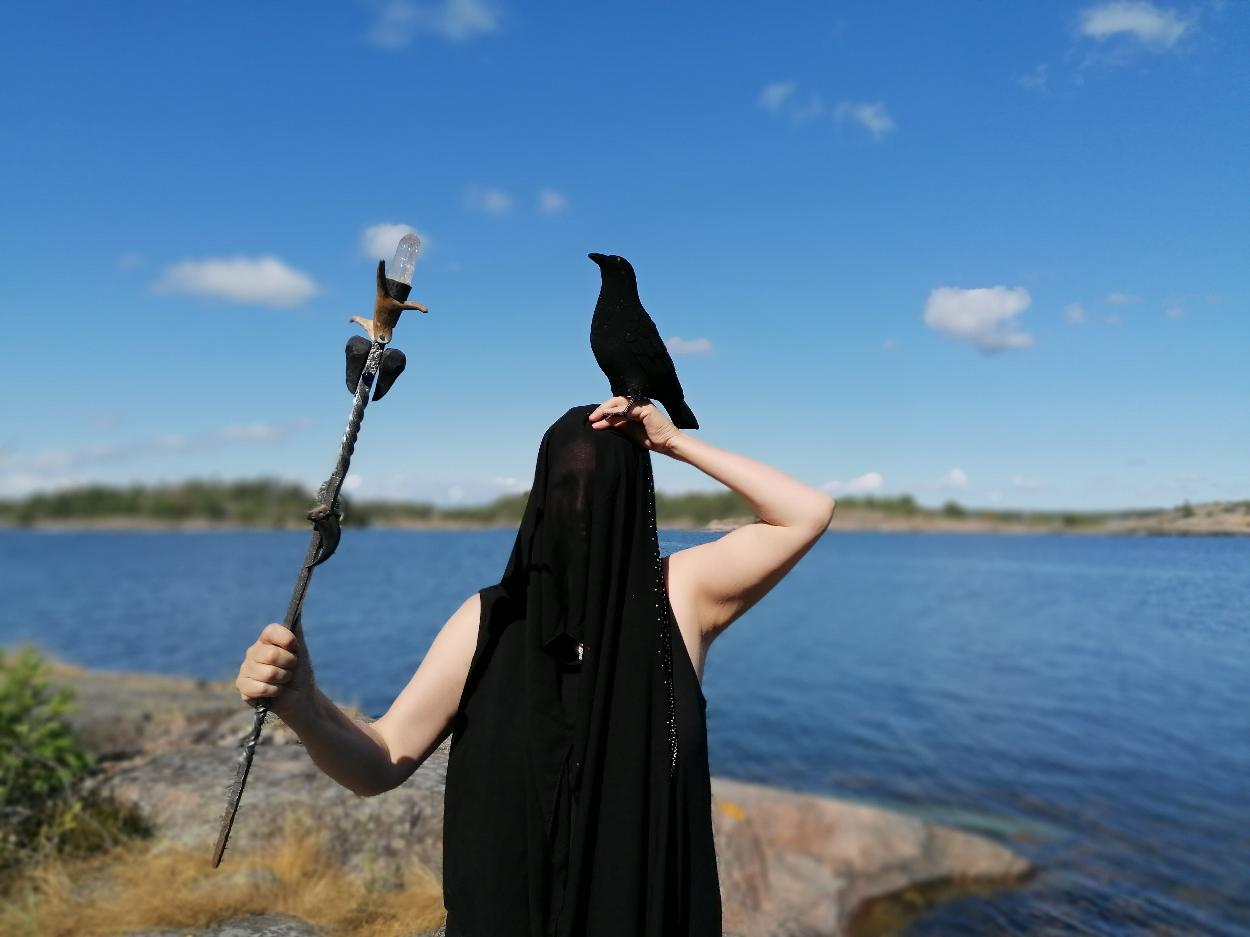 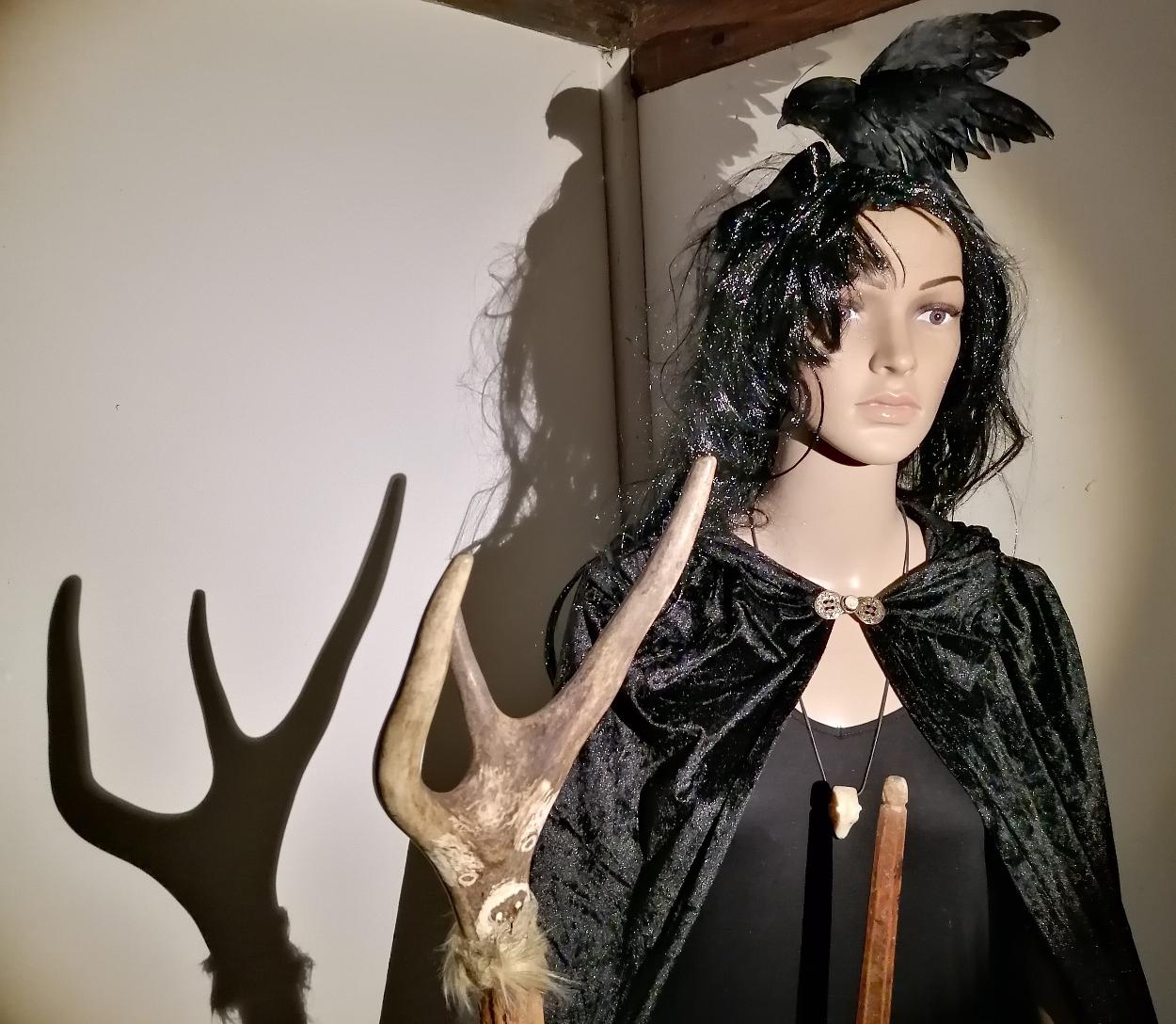 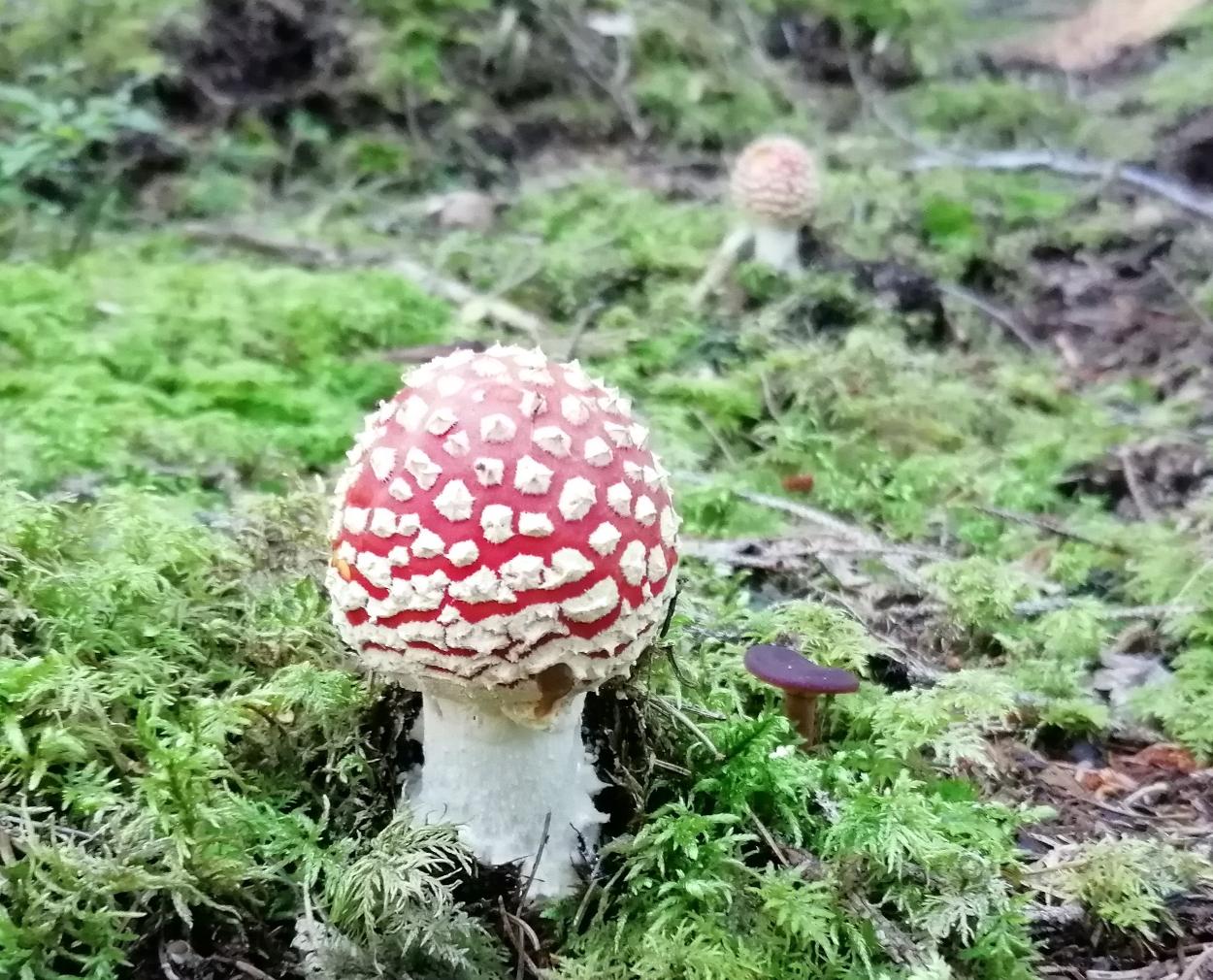 Many people in the US and Canada have Scandinavian ancestry and "Viking blood"! Not only that: our ancestors have always travelled vast distances and cultural cross-fertilization across all continents has always occurred. Geneticist say that all human beings alive today are related to all other human beings. This means that our Ancestors are Common Ancestors and that there is no such thing as a "completely pure culture" or "pure ethnicity". The reality is that we all carry small percentages of genetic material from very different cultures in our genes. Even Native American peoples carry small amount of Norse DNA as there was a lot of 'circumpolar traffic' from the earliest of times. Our ancestors were incredibly skilled seafarers and astronomers-navigators!

People often ask me: do I need to be of Scandinavian descent to (e.g.) work with the runes? No, absolutely anyone who feels called can embrace the Northern Tradition. As a human teacher is is not for me to question who the Norse gods call to this work. My true concern here is: don't mess with this Tradition. Dip your toe in the water by all means. Embrace from a place of personal honour and right action - or leave it. I will warn you upfront that there is no such thing as a 'spiritual bypass' in the Old Norse Traditions of Northern Europe! 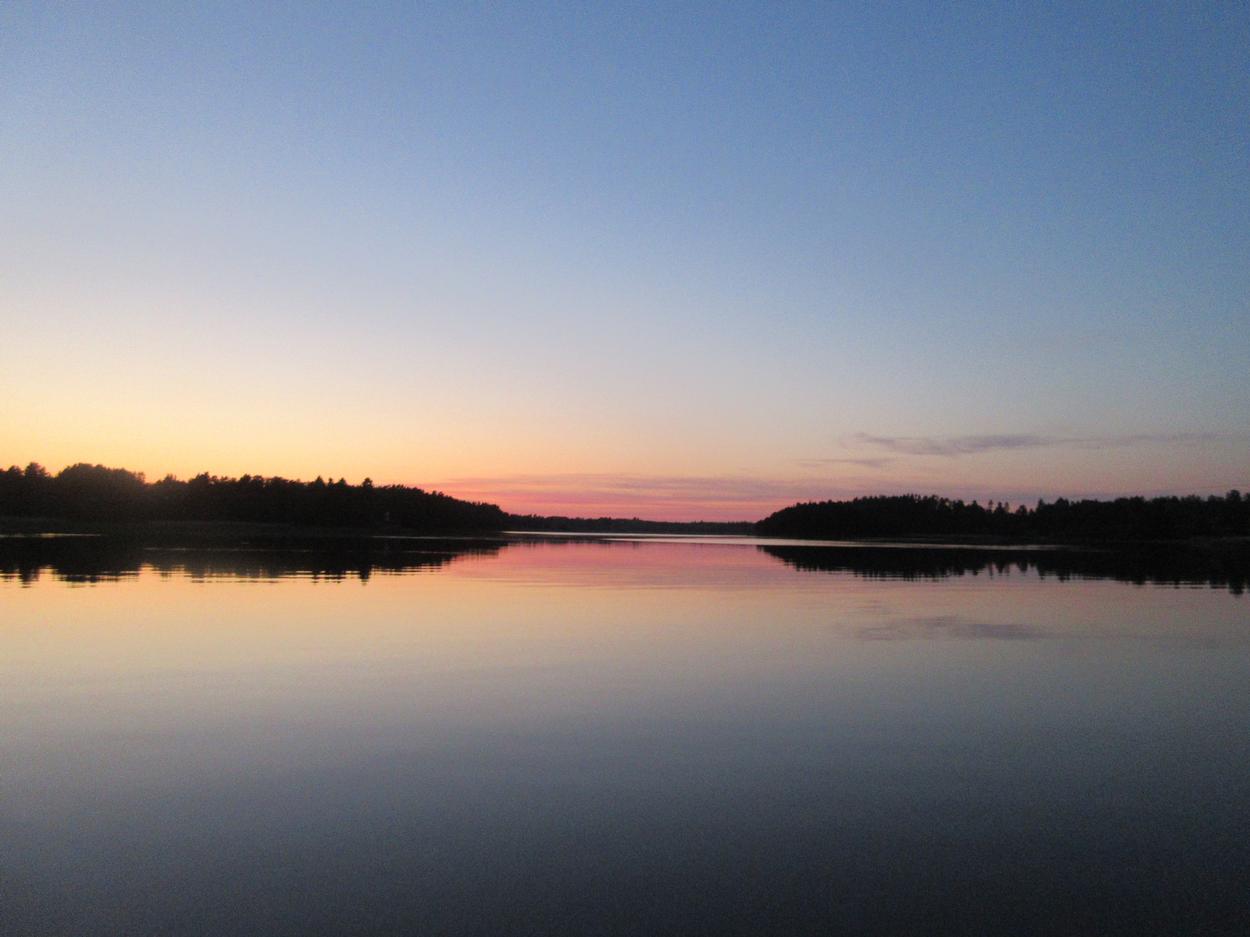 In June 2019 I started teaching this 2 year professional program in Sweden! My school there is called True North.  My students and contacts in the US have requested that I bring this program runs to the US as well. Not everyone has time and the financial budget for repeated flights across the Atlantic (not to mention the carbon footprint of that!)

Our US program (coordinated by Susan Rossi) will run behind the program in Sweden by two years so the work done on the land in Scandinavia always informs and fertilizes our work in the US. 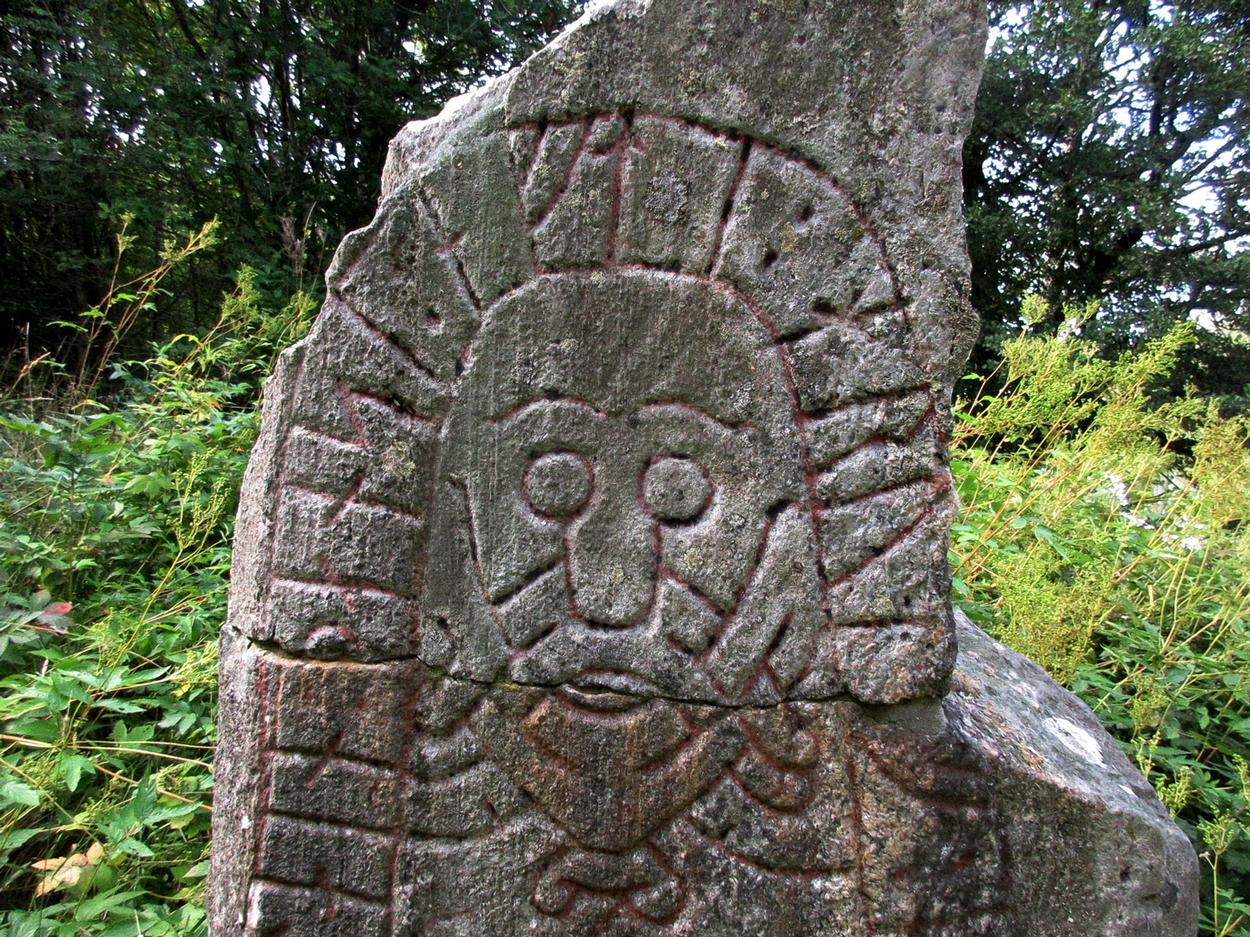 A new discovery revealed in 2016 that the Vikings may have travelled hundreds of miles further into North America than previously thought. It's well known that they reached the tip of the continent more than 1,000 years ago, but the full extent of their exploration has remained a mystery, writes historian Dan Snow.

The Vikings (or Norse) were hugely skilled navigators, ship builders and astronomers. They covered truly vast distances and settled in places far from home.

The Vikings conquered Normandy in France - the land of the "Northmen" (Norse Men)  - even parts of Italy and the Levant. They also founded Dublin, made left a deep imprint on England and island-hopped across the North Atlantic to Orkney, Shetland, Fair Isle and Iceland.

The descendants of the Vikings left us skaldic poetry and sagas. The Poetic Edda and Prose Edda are magnificent works of literature in which fact and fiction are blended. We will study those texts (and interpretations of those texts by passionate scholars through the ages) on this program.

These sources  clearly state that the intrepid "North Man" Leif Erikson led an expedition to the east coast of North America. If that is so, he and his crew reached America  a whopping 500 years before Columbus! They describe good harbours, and an abundance of natural resources. They remained there for one winter. Until today debates rage whether these accounts can be believed. This remains one of the great mysteries in the field of history - some say.

Of course anyone well versed in shamanic techniques would say: consult the spirits, consult our Viking ancestors, journey on it! On our program we will seek guidance and information directly from our ancestors as well as otherworld beings such as the norns, elves and fylgjor.

A veritable exodus from Scandinavia to The New World occurred many centuries after Leif Eriksson made his great voyage.

Swedes and Norwegians left their homelands to escape grinding poverty, restrictions on religious freedom and the compulsory military draft. Arable land was scarce and few other jobs were available. The mass exodus, the often harrowing journeys and tough new beginnings made a deep impression on their collective psyche.

Today more than 11m Americans claim to have Scandinavian ancestry. This pales against the 46m who say they have German roots or the 33m who trace their ancestry to Ireland, but the 5m Norwegian-Americans are roughly equivalent to the whole population of Norway. No country, except Ireland, lost as high a percentage of its population to America as Norway. The scope of Swedish immigration is similarly vast: between 1880 and 1920 around 20-25% of the population left for America.

Working with the runes as a Cosmic Wheel offerings mystery teachings leading us through Gates of Initiation, bind runes, galdr, runes in spells and healing work, blot

We learn to work with the traditional seven or nine (possibly more!) aspects of soul through the ancient Norse lens (önd, hugr, vard, fylgja, hamingja, hamr and gand)

Exploring the mind-boggling matters of fate (Orlog) and answering the question: can we change Fate?!

#5 The Wild Hunt & The Mead of Poetry

Death and Psycho Pomp work within the Northern Tradition

Exploring the Norse realms of Death, the mysteries of the Maiden with the Mead, the Disir and Alfar (female and male ancestral spirits) and ancient Europeans ways of working with the souls of the dead. To balance things out we will also look at fertility rites and magic!

If you would like us to keep you posted please select "Contact Us" and subscribe to my newsletter and/or lodge an expression of interest with Susan Rossi (flyingtotheheart@gmail.com). You will then receive advance emails about courses before registration opens

I invite you to check out my personal blog on this site where I make a point of writing about Scandinavian customs and traditions! Below are just a few examples:

The Runes: The Uthark versus Futhark 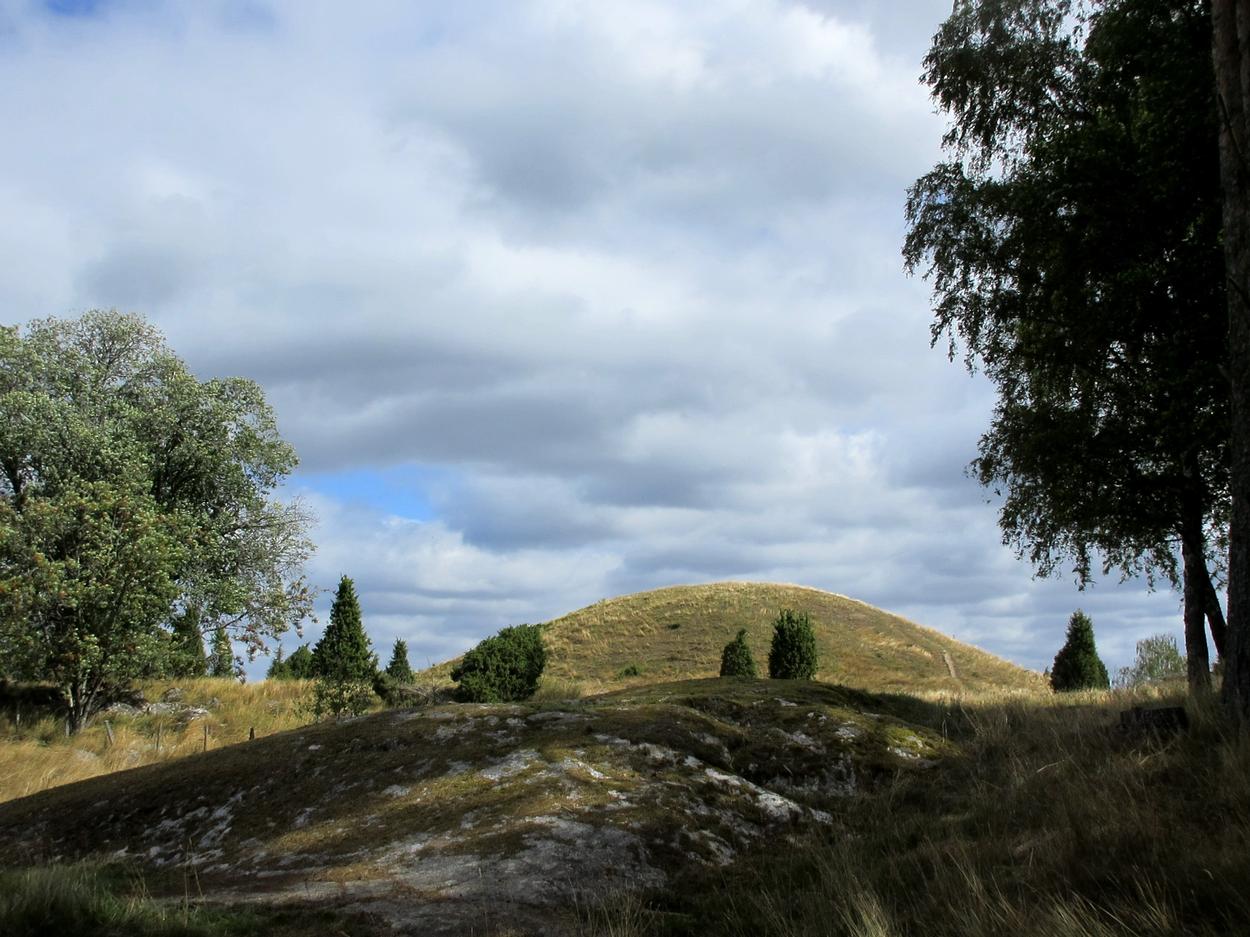 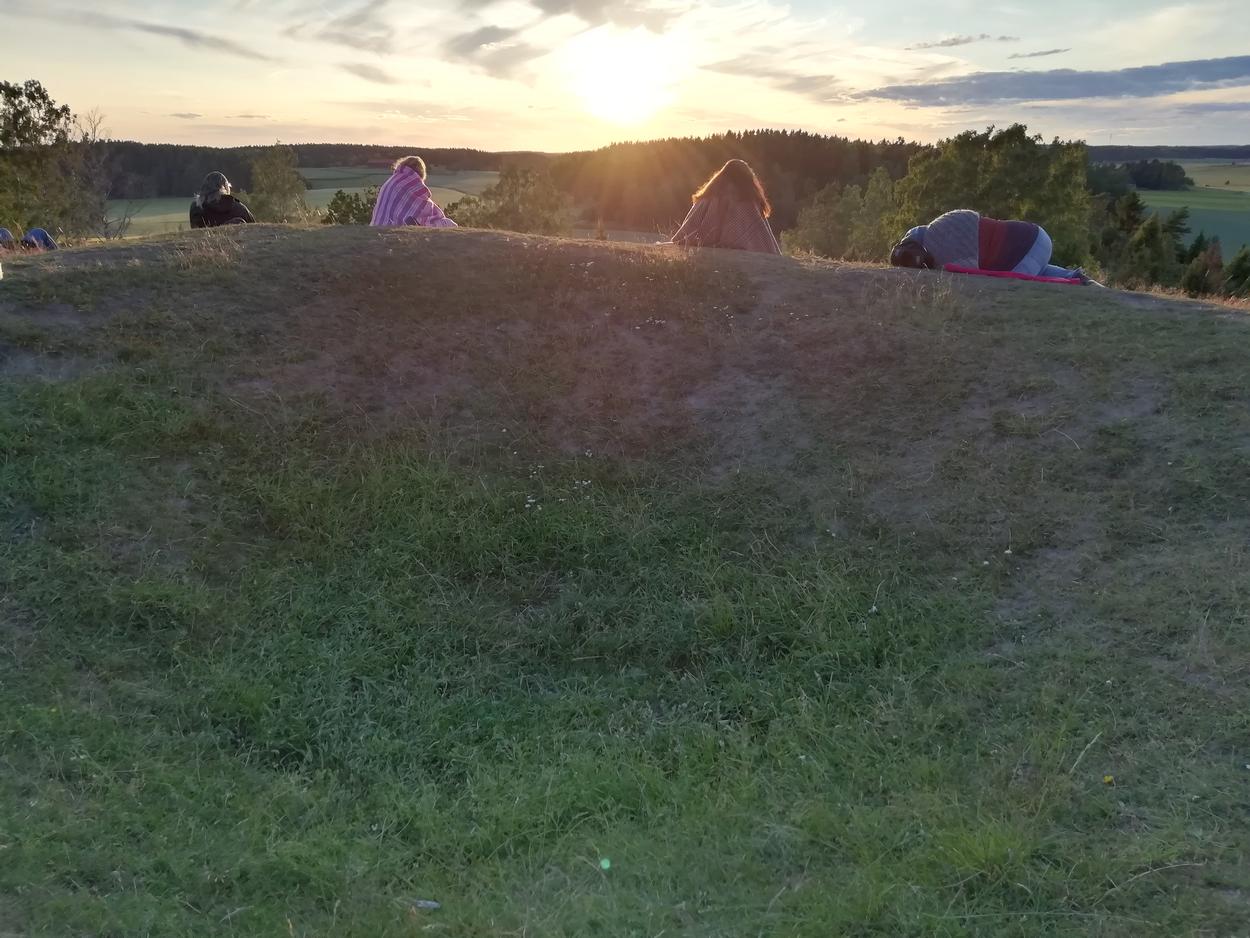 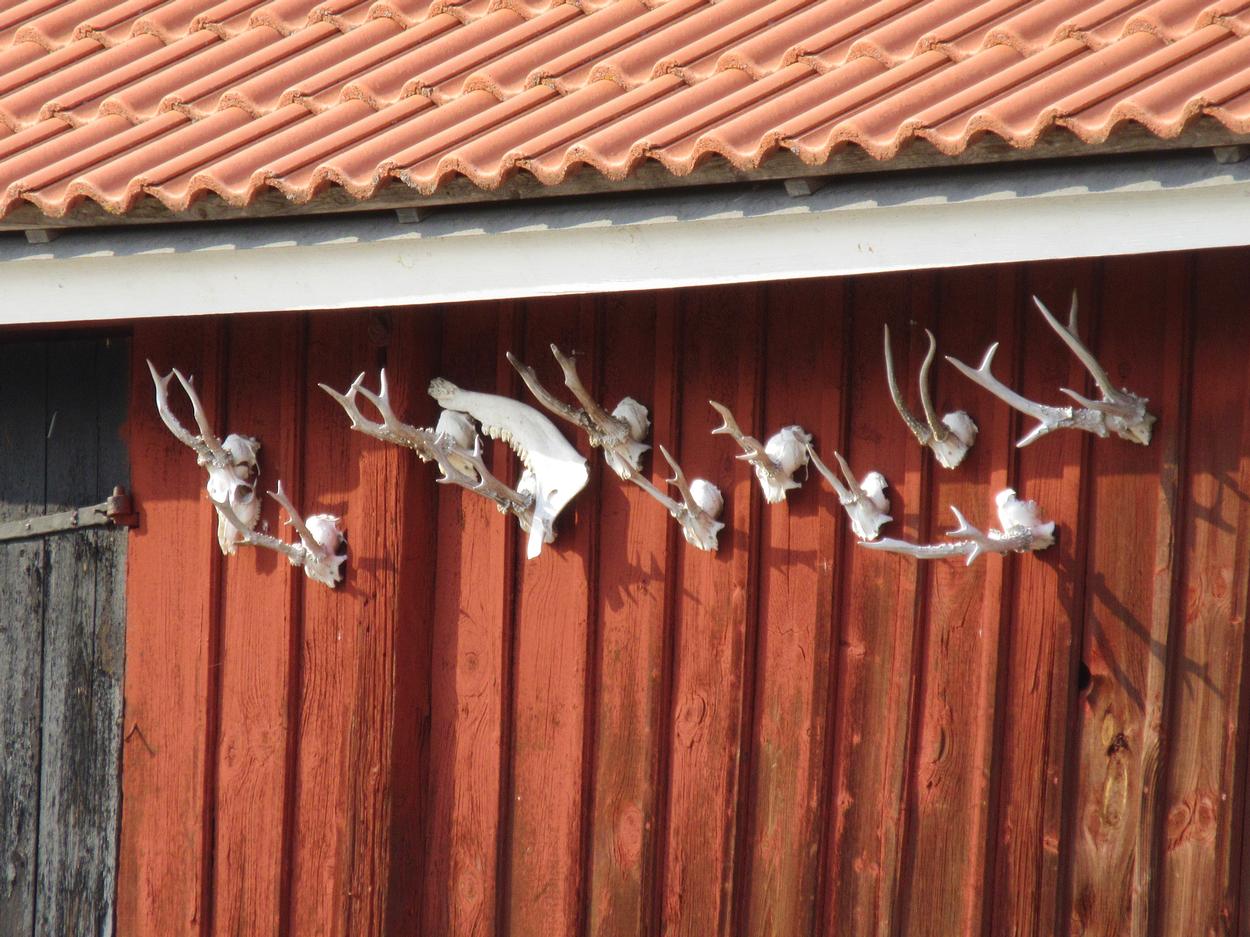 My latest books: Medicine of the Imagination and The Green Bear (A picture book for children)

and also some exciting new paintings made during the Pandemic!

Welcome and thank you for visiting my website! I hope that you will find what you were looking for!

The most frequently asked question just now is about returning to in-person teaching: I am currently setting dates for hybrid courses (meaning that students can choose between attending in person or online) for 2022. The dates for those courses will appear in my October newsletter (goes out on October 3rd) so make sure you are subscribed.  Please note that I always follow government guidance for all hosting countries, in terms of making decisions regarding proceeding or cancelling courses and events. My on-line school (Pregnant Hag Teachings) will remain open too. (Check out  my FREE Welcome Webinar: Meet The Pregnant Hag!)

On the Shamanic Healing page here you will find a listing for several shamanic practitioners who have availability for one-to-one sessions. All are trained by me personally and I wholeheartedly recommend their work! For an international listing of practitioners who work with children and teens, please visit the Global Grid of Practitioners for Kids page.

If you would like to receive an occasional update from me (about 6-8 times a year) in the form of a newsletter offering soul food, articles, art videos and an up-to-date listing of all upcoming (on-line) courses and events - please drop me an email on imelda.almqvist@gmail.com. Courses and events generally appear in the newsletter before I manage to list them on this site. This will change as soon as I master the ancient arts of cloning myself and bilocation (or hire a VA, whichever comes first!)

Please remember that your own life is the greatest piece of art you will ever make!

Please stay safe, in creative flow and be a blessing in the lives of others!